A tool to protect and strengthen federal grants that support New York City’s social services and budget sector. Click an agency below to explore, or view all federal. 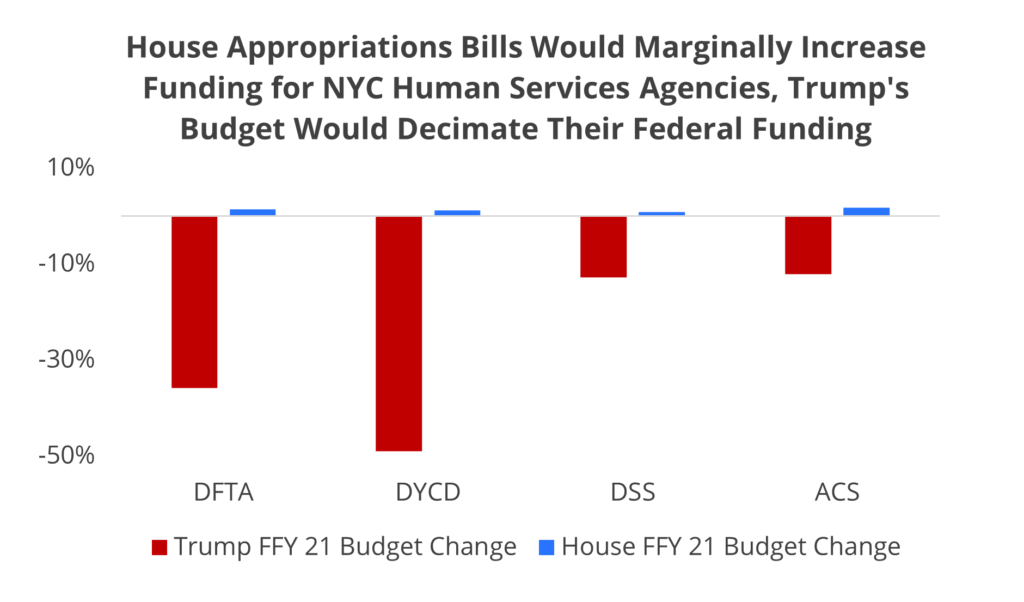 During the FFY 2021 budget negotiations, Congress must spend boldly to ensure critical human services programs are strengthened to reflect the needs that existed prior to, and certainly after, Covid-19. 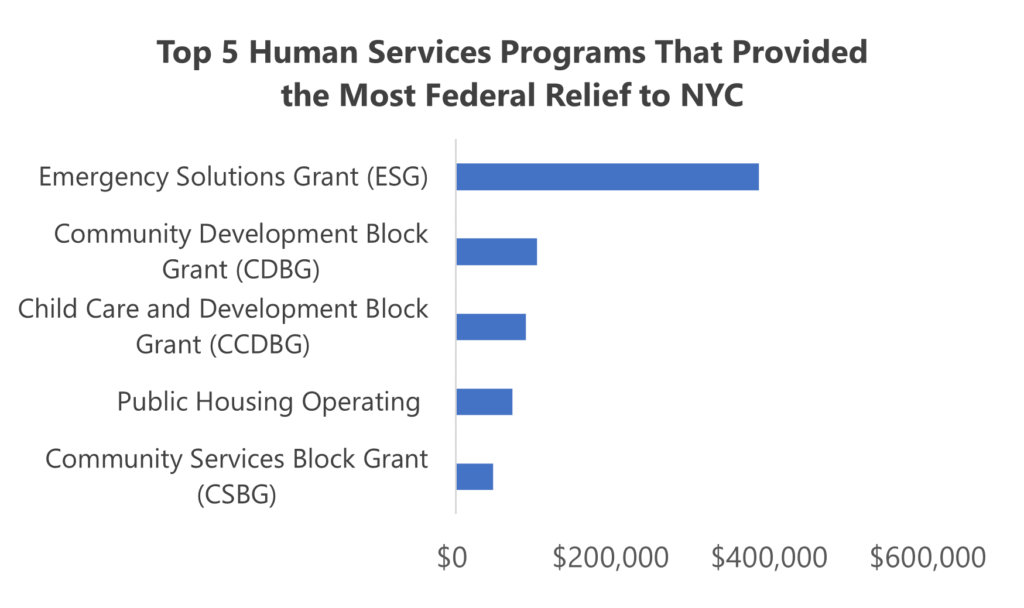 From the 4 Covid-19 relief packages passed, we estimate that NYC will receive $831 million for human services programs such as child care, housing, homelessness prevention, support for older adults, and more. 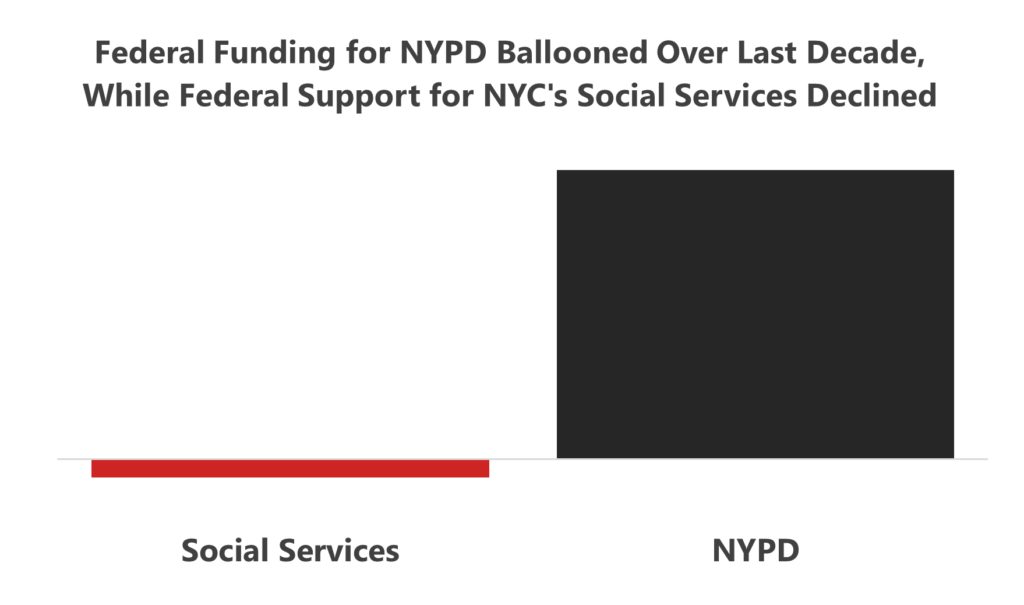 Federal Budget Recap — A New Decade and a Pivotal Moment

Nearly two years ago, FPWA launched the Federal Funds Tracker to advocate for increased federal human services funding and social safety net programs that nonprofits in New York City, and the city itself, rely on to support our communities. We do so, in part, by analyzing proposed and enacted federal budgets in the context of federal budget austerity that occurred following the Great Recession.

A decade later, we are in the middle of a nearly- year long pandemic and an even more uneven recovery threatens to manifest into exploding inequality and irreparable economic damage.

Several developments since federal fiscal year (FFY) 2010 define the trends in federal spending featured on our Tracker and demonstrate the need for meaningful course correction in the next decade: the 2011 Budget Control Act (BCA) and Sequestration; the 2018 Tax Cuts and Jobs Act (TCJA); the 2018 Bipartisan Budget Act (BBA); and Covid-19 Pandemic.

We are in a pivotal moment; policymakers must reject yesterday’s austerity politics and honor the millions who made tremendous sacrifices by meaningfully investing in our nation, including the lives of the more than two-hundred thousand who died, many unnecessarily.

The caring economy kept the nation’s economic lights on by making sacrifices to protect and provide for each other, even under the constraints of insufficient federal support. Human services workers helped keep food on the table and roofs over heads; shopkeepers and workers at bodegas, bars, and restaurants opened their doors to keep their communities and livelihoods intact; medical staff tirelessly cared for the sick and dying; and parents struggled to keep their families safe and nurture their children’s growth and education in isolation while managing their own jobs. Policymakers owe it to all of us to avoid the mistakes of the past and pass both a comprehensive and well-targeted coronavirus relief package and federal budgets that reflect the real needs of their constituents.

It is imperative that during the FFY 2021 budget negotiations, Congress spend boldly without the recent pasts’ constraints of deficit concerns to ensure these critical human services programs are fully restored and strengthened to reflect the needs that existed prior to, and certainly after, the current crisis.

The City’s FY 2020 budget of $95.1 billion relied on $9.4 billion in federal aid – equal to nearly one out of every 10 dollars the City spends – most of which supports services for low- to middle-income residents and are highly effective in reducing hardship, food insufficiency, and unmet medical needs.

Nominal Value: The value of the dollars in the year they were appropriated, before adjusting for inflation